Notes From The Synuclein Conference

by Benjamin Stecher on 28 September 2018 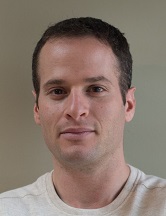 Reflections from a truly inspiring weekend spent with scientists and researchers trying to figure out the mysteries of this elusive protein.

In early September over one hundred scientists from around the world came together on the Swiss shore of Lake Leman overlooking the French Alps to talk for three days about one little protein called alpha-synuclein.

The reason this protein has drawn so much attention is that in some people it misfolds and sticks together, forming toxic clumps that damage cells. This is believed to be responsible for a family of diseases called synucleinopathies, one of which is Parkinson’s disease (PD), and the evidence we have suggests that if we can figure out how to stop these clumps from forming we might be able to slow the progression of the disease and possibly prevent people from ever getting it.

Understanding this protein is among the most sought after targets in the entire pharmaceutical and biotech industry. Problem is, protein biochemistry is complicated, very very complicated. Trying to figure out how this one misshapen protein leads to disease has so far eluded everyone who has tried. But progress is being made and that progress was on display at this conference and workshop organized by the Lashuel group at the EPFL, where all we have learned from decades of experiments and the latest technology was presented and debated and discussed from sunrise to sunset for three days straight.

You might think that three days of discussion from over one hundred experts on a single protein must mean we understand it pretty well. Unfortunately, what was clear from all the talks was just how little we know about this basic building block of biology and its role in disease. There are still a lot of simple questions that nobody can definitively answer: What is the normal function of synuclein? How does the misfolding begin? Is the clumping part of the cells defense mechanisms? How does it actually lead to the symptoms we see? Why have we not been able to develop biomarkers and imaging agents to monitor the spread of these clumps and disease progression? Are we certain that it is even the cause of the disease? Answering these questions and more will be critical to advancing therapies and ensuring any drugs that target this protein will not have negative effects.

It can be a little disheartening to realize that nobody really knows what is supposedly wrong with you, and that we likely have many years to go before we understand it well enough to properly intervene. Yet, despite that fact, I came away from this conference more hopeful than ever for the future.

I went with two other people with Parkinson’s, Dr. Jon Stamford and David Ashford Jones. I think we were all slightly apprehensive going in, this was a very technical topic, and even though the three of us were fairly well steeped in the research literature, we weren’t sure what we could contribute to discussions about a protein that seemingly everyone else had spent their entire careers studying. Part of me expected our invite to have been another token gesture by organizers eager to tick the box labeled [patient participation] to appease funders.

I could not have been more wrong. Throughout the three days almost everyone in attendance was eager to engage with us and sought out our opinions and perspectives on a wide range of related issues. It was one of the rare occasions where the expertise of patients was appreciated and where it was clear that we were valued as partners in this collective endeavor.

I think part of the reason for that eagerness to engage stems from a growing acknowledgement among scientists of the limitations of disease models. It was repeatedly mentioned that what is seen in controlled laboratory settings, where the disease is studied as if it were a uniform entity, is far removed from what is really happening inside the brains of people living with this condition. This was made glaringly evident just by looking at the three of us as we each present very different symptoms of this disease.

But perhaps another reason for all that interest in us comes simply from what happens when you confront basic biologists with the faces of those affected by what they work on. Too many researchers only ever see the diseases they study under a microscope, leaving them disconnected from the reality of how the disease manifests in people, and the human toll that it takes. This is a particularly powerful lesson for the next generation of scientists. Credit to the organizers for inviting students as they seemed most affected by the chance to interact with us patients and learn from the lived experience.

It was also a pleasant surprise to see active engagement and interest from representatives of the pharmaceutical and biotech industry. There is a widespread belief in the patient community that industry is only here to serve its own needs and do whatever it takes to fuel consumer spending. Many even believe that big pharma actively suppresses the search for a cure, as it would rid them of captive lifelong consumers. But it is important to remember that these organizations are made up of people, many of whom genuinely want to help others. Just as it is important for researchers to put a face on the disease they study, so too can it be helpful for us patients to have a face put on these entities that are essential in the development of improved treatments.

All of which leads to the most important takeaway that came out of that meeting. Patients, researchers, and industry need to come closer together to work on this common problem. For too long we have been isolated from each other. The lived experience can and should inform the basic biology and the people working on it. Doing so can also act as a counterbalance to some of the forces driving biology away from acting in the best interest of patients, such as those encouraging scientists not to share data or engage in broad collaboration. Likewise, interacting with scientists and industry can also be inspiring for patients as seeing all these people working hard to improve therapies can help motivate us to push through the daily grind that PD imposes.

I’d like to extend my sincere gratitude to Prof. Hilal Lashuel and the organizers of the Synuclein Conference for inviting us and facilitating an environment of open exchange between all participants. My only regret is that others could not see the infectious spirit of collaboration that was infused throughout those three days. I hope more people learn from this conference and recognize that each stakeholder has something valuable to share. I also urge more researchers to reach out to their local patient communities, invite them into your labs, show them what you are working on, and particularly important, start a dialogue between your students and the people they are trying to help. I’d also encourage more engagement with the global community through online forums (like the Parkinson’s Research Interest Group) and participating in more events that bring the communities together (like the World Parkinson’s Congress or Grand Challenges).

Only by working together, as equals, can we make meaningful progress towards our common goal of forever putting an end to PD.
_____