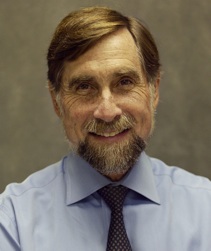 Meet Bill Langston, a giant of neuroscience. A major researcher who’s co-authored some 360 peer-reviewed articles. The winner of numerous awards, including the Sarah M. Poiley Award from the New York Academy of Sciences, the James Parkinson 30th Anniversary Award from the Parkinson’s Disease Foundation, and the Movement Disorders Research Award from the American Academy of Neurology. He’s the Scientific Director, Chief Executive Officer and Founder of the Parkinson's Institute in Sunnyvale, California and the founding member of the Scientific Advisory Board for the Michael J Fox Foundation. He’s also the Co-Editor-in-Chief of the Journal of Parkinson’s Disease.

Langston’s spectacular body of work can be traced to an incident that took place in 1982, a bizarre California drug tragedy that changed his life, and Parkinson’s disease research along with it.

It started with a single case.

On July 8, 1982 George Carillo, a 42-year old recently incarcerated drug offender, awoke in the San Jose jail to find he could neither move nor talk. George was transferred to the Santa Clara Valley Medical Center neurobehavior unit for observation, where Bill Langston was head of neurology.

For several days, George lay there, catatonic, without speaking or moving. Then one morning, Langston’s colleague, Dr Phil Ballard, noticed him moving his fingers ever so slightly. The movements were slow and looked as if they could be voluntary. On a long shot, he gently wrapped the fingers of George's hand around a pencil and slipped a yellow notepad underneath. Very slowly, the pencil started to move. After a minute, it was clear that the patient was trying to write something. Five minutes later, he had completed a name, “George Carillo”. After half an hour (during which time Langston arrived at the bedside), there were three more sentences: “I'm not sure what is happening to me. I only know I can't function normally. I can't move right. I know what I want to do. It just won't come out right.”

Langston and Ballard watched in astonishment. Trapped inside this frozen body was a normal mind. By question-and-answer the clinicians started to take a medical history. Probing for clues, Langston asked him to write down any medications he was taking. Instead of listing prescription drugs, George wrote down the word “heroin”. George also told them he had a 30-year-old girlfriend called Juanita Lopez whom he’d been with just before he got sick. When they tracked her down, they found she was also rigid. “She sat like a wax doll,” recalls Langston. “Her face was expressionless. Her eyes hardly blinked. She drooled continuously.”

Over the next few days, Langston heard about four other mysterious frozen cases in the Bay area. Two brothers, David and Bill Silvey, had been found helpless in their Watsonville apartment unable to move or talk. And Connie Sainz, a 25-year old woman, had ended up in a mental ward in Stanford medical center with a misdiagnosis of hysterical paralysis. Connie’s boyfriend, Toby, also turned up rigid as a statue.

With help from scientists at NIH––who, it turned out, had investigated a similar case in Maryland in the 1970s––Langston went on to crack the mystery. The six young people, it turned out, had injected a bad batch of synthetic “designer” heroin. Unfortunately for them, the back street designer drug chemist who’d concocted the drug had made a terrible mistake and synthesized a neurotoxic contaminant called MPTP (1-methyl-4-phenyl-1,2,3,6-tetrahydropyridine).

Because of the remarkable similarity of the addicts’ symptoms to advanced Parkinson’s disease, Langston decided to treat them with L-dopa. The effect was dramatic. They came back to life. For the first time in weeks George, Juanita, David, Bill, Connie and Toby could move and they could talk. Unfortunately, within days of starting L-dopa therapy, they developed drug-induced “motor complications”, a phrase that doesn’t begin to describe their sufferings. As Langston says, “The cure is almost worse than the disease. All six developed one or more side effects…Either they were severely off and frozen or, when they turned on, yes they could move but they got these miserable side effects, these twisting turning movements, and terrifying hallucinations.” Three of the group––George, Juanita and Connie––later traveled to Lund, Sweden, for an experimental brain operation involving the grafting of fetal tissue. (It was there that Bill met Co-Editor-in-Chief Patrik Brundin.) Langston recalls that whereas George and Juanita noticeably improved after surgery, Connie experienced graft-induced dyskinesias. At the time of writing, all but one of the Frozen Addicts––Connie Sainz––have passed away.

Tragic though MPTP was for the addicts, it was something of a godsend for Parkinson’s researchers, for two reasons. First, it pointed to a possible cause —a chemical in the environment. One longstanding theory held that pesticides and herbicides caused Parkinson’s disease. Support for this idea grew after it was discovered that MPTP was transformed in the brain into a substance with a chemical formula of an herbicide called cyperquat (1-methyl-4-phenylpyridinium or MPP+). Second, MPTP was a powerful new research tool.  Scientists had been hampered in their efforts to study Parkinson’s because only human beings get it. To make real progress, scientists need ways to study diseases in animals—using an “animal model”. MPTP, therefore, changed everything. This neurotoxin, it turned out, could rapidly induce Parkinsonism in monkeys, as it had in the six addicts.  The animals froze up, their limbs tremored, and movements got smaller and slower. As Bill Langston put it  “MPTP was like really a bracing tonic… Suddenly, we had ways to study why cells die in Parkinson’s disease. With the animal model we could test new medicines as fast as you could make them.”

In the three decades since he unraveled the mystery of the Frozen Addicts, Bill Langston has established himself as a world-class investigator, a visionary thought leader, and one of neuroscience’s most gifted communicators. He has built the Parkinson’s Institute into a major center for Parkinson’s research dedicated to discovering Parkinson’s cause, understanding the way it damages and kills neurons, discovering neuroprotective therapies, identifying prodromal biomarkers, and more.

Langston is a paradigm example of Pasteur’s famous phrase, “chance favors the prepared mind”. Langston understood immediately the importance of the MPTP cases and how that neurotoxin might impact Parkinson’s research. He had the entrepreneurial instincts to mount a research program and found his own institute. And being smart, telegenic and highly articulate, he went on to become one Parkinson’s most visible and highly respected researchers.