Patients with advanced Parkinson’s disease may need encouragement from their physicians to overcome vaccine hesitancy, particularly in the light of COVID-19, report investigators in JPD

Amsterdam, NL – Patients with Parkinson’s disease (PD) are at higher risk for vaccine-preventable respiratory illnesses. However, patients with advanced PD may have less access to vaccinations according to a new study published in the Journal of Parkinson’s Disease. More than 30% of patients surveyed did not know whether their physicians recommended vaccines, and 13% believed that providers recommended against them. The investigators advise neurologists to actively encourage vaccinations for patients with PD in the light of COVID-19.

Individuals with PD may be at higher risk of contracting and suffering complications of respiratory illnesses such as influenza and pneumonia, for which vaccines are readily available, recommended, and safe. Prior studies suggest that patients with PD are at higher risk of morbidity and mortality from such illnesses, highlighting the critical need to ensure access to routine vaccinations.

“During home visits for our most advanced and homebound patients it quickly became clear that these patients and families had not only lost regular follow-up care with their movement disorders specialists, but many had been unable to see their primary care physicians for quite some time, too,” explained lead investigator Jori Fleisher, MD, MSCE, Section of Movement Disorders, Department of Neurological Sciences, Rush University Medical Center, Chicago, IL, USA. “A single infection can land these patients in the hospital. When we asked our patients if they had received their influenza vaccine, many indicated they had not.”

Based on these findings, Dr. Fleisher and her co-investigators undertook research to determine how frequently age-appropriate vaccinations – particularly influenza and pneumococcal vaccines – were being missed in homebound individuals with late-stage Parkinson’s, whether there were modifiable barriers to vaccination, and whether the frequency and barriers to vaccination differed between individuals with PD who remained ambulatory compared with the homebound population.

Investigators interviewed 102 ambulatory and 41 homebound patients with PD either through routine office visits or home visits between September 2016 and May 2017. Participants were 65 years of age and older and receiving care at the Marlene and Paolo Fresco Institute for Parkinson's and Movement Disorders at New York University Langone Medical Center. They were asked how many times they had received the seasonal influenza vaccine in the past five flu seasons, and how many of three possible pneumococcal vaccines they had ever received. Participants then completed a validated vaccine hesitancy survey to assess beliefs related to vaccines and healthcare and indicated how frequently they had visited a primary care physician, neurologist, emergency department, or hospital in the previous 12 months.

There were no differences between ambulatory and homebound participants, but investigators found that 10% had missed all influenza vaccines in the past five seasons, and only 68% had received any pneumococcal vaccination. Homebound participants reported difficulty traveling to a clinic as a vaccination barrier. Among homebound individuals in particular, who rely heavily on informal family caregivers, nearly half the participants did not know whether or not household members had been fully vaccinated, and nearly 15% were certain that household members had not been vaccinated. While 19% of all participants reported refusing a vaccine, 31% did not know whether or not their physicians recommended vaccines for people with PD, and nearly 13% believed that providers recommended against them.

“To our knowledge, this is one of the first studies not only to assess the frequency of vaccination in people with PD, but to go further by assessing modifiable barriers and specifically sampling homebound individuals, who may be at highest risk of both loss of access to routine vaccinations and deterioration from the diseases they aim to prevent,” said Dr. Fleisher. “While this research was conducted prior to the COVID-19 pandemic, it is eye-opening how many people with PD were already hesitant, actively refused, or concerned that their healthcare providers recommended against life-saving, routine vaccinations.”

The investigators propose that while neurologists are not typically responsible for administering routine vaccinations, this does not preclude recommending or prescribing them so that patients do not interpret silence on vaccines as a tacit contraindication.

The investigators also noted that being homebound does not mean that these patients are at lower risk of communicable disease. “Family caregivers can be the vectors by which influenza or pneumococcal pneumonia enters the home, and many such household members may similarly be missing routine vaccinations,” added Dr. Fleisher. “Encouraging caregivers to protect their loved ones by seeking their own vaccinations is a simple, quick, and powerful step towards improved patient outcomes.”

"Knowing how often pneumonia or influenza can cause serious or life-threatening illness in our patients living with PD, it should go without saying that neurologists recommend routine vaccinations for people with PD. But that’s precisely the problem: it has gone without saying,” she concluded. “Speak up! Ask your patients and their care partners if they are up to date with routine vaccinations. With the rollout of COVID-19 vaccines, now is the time to advocate for preventive care and improve vaccine trust and uptake in our patients and their care partners.”

About the Journal of Parkinson’s Disease
Now in its 11th volume, the Journal of Parkinson’s Disease (JPD) is dedicated to providing an open forum for original research in basic science, translational research and clinical medicine that will expedite our fundamental understanding and improve treatment of Parkinson’s disease. The journal is international and multidisciplinary and aims to promote progress in the epidemiology, etiology, genetics, molecular correlates, pathogenesis, pharmacology, psychology, diagnosis, and treatment of Parkinson’s disease. It publishes research reports, reviews, short communications, and letters-to-the-editor and offers very rapid publication and an affordable open access option. JPD has a 2020 Journal Impact Factor of 5.568 according to Journal Citation Reports (Clarivate, 2021) and is published by IOS Press. journalofparkinsonsdisease.com 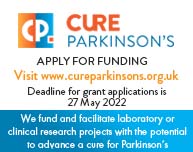