Constipation is one of the most common non-motor related complaints affecting Parkinson’s disease (PD) patients. Two important studies from the same research group published in the Journal of Parkinson’s Disease expand the understanding of the relationship between PD and gastrointestinal dysfunction. In one study, investigators measured actual colonic dysfunction and compared it to reported constipation. In the other study, researchers tracked the position of an ingested wireless electromagnetic capsule using the novel 3D-Transit system in order to calculate gastrointestinal (GI) regional transit times. 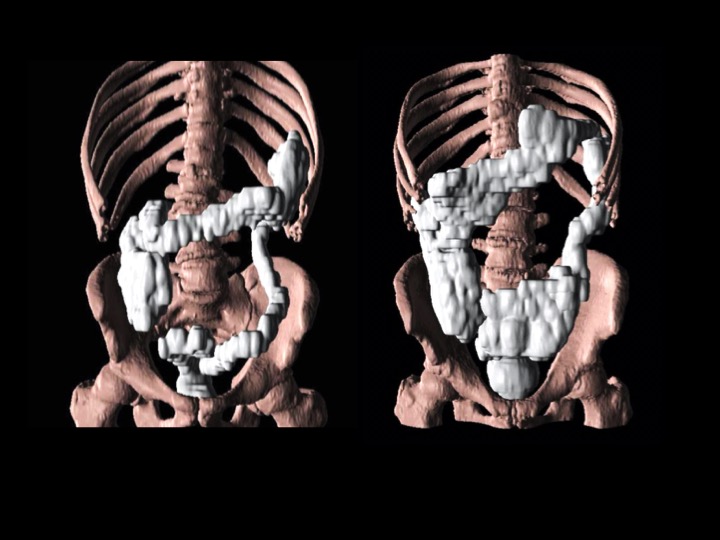 Gastric emptying and completeness of medication absorption was also studied. Investigators found no difference in the rate of gastric emptying between the control group and patients with PD. As for malabsorption, while previous observations have suggested that PD patients may have problems absorbing tablets in the intestinal tract, in this study, non-absorbed tablets were only seen in two PD subjects and no residues were found in the stomach. As Dr. Borghammer explained, “These negative findings go against the commonly held notion that slowed gastric emptying and malabsorption of medication is a common problem in early stage PD. However, at later disease stages it may be another matter.”

In addition, the team collected patient feedback about their upper GI symptoms and constipation using the Rome III criteria, NMSQuest, and the Cleveland constipation score. Objective colonic dysfunction was considerably more common than self-reported constipation, which investigators attributed to the use of different questionnaires. “These findings highlight the need for more research on how to define constipation in PD and also the need for improved understanding of the relationship between subjective symptoms and objective dysfunction,” added Dr. Borghammer.

Trying to define constipation can be complicated and as the first study showed, can vary according to patients’ perceptions; however, in the second study, investigators used the latest technology to collect objective data on GI transit times in PD patients, minimizing the risk for misinterpretation. In “Gastrointestinal Transit Time in Parkinson’s Disease Using a Magnetic Tracking System”, the team used the 3D-Transit system to observe motility in both the upper and lower GI tract. The system tracks the position of an ingested wireless electromagnetic capsule to more accurately measure segmental transit times in the GI canal.

By using these markers to track GI function over a 24-hour period, researchers were able to gather crucial data about the bowel of PD patients. The information revealed that dysfunction was more widespread than previously known, with the trackers showing that delayed transit times affected not only the colon, but also the small intestine. This dysfunction appears to gradually increase from the proximal to the distal part of the GI tract.

The gut plays an important role in PD. New research, like these two studies, is essential to unlocking a better understanding of how the disease affects GI function. “Our studies suggest that gut problems are markedly under-diagnosed when relying solely on the subjective symptoms of the patients. In short, about 40% of PD patients complain of constipation but up to 80% have objective dysfunction of the colon.”

Celebrating its 30th anniversary, IOS Press (www.iospress.com) is headquartered in Amsterdam with satellite offices in the USA, Germany, India and China and serves the information needs of scientific and medical communities worldwide. IOS Press now publishes over 100 international journals and about 75 book titles each year on subjects ranging from computer sciences and mathematics to medicine and the natural sciences.