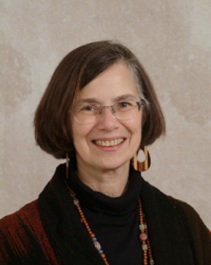 Caroline (Carlie) Tanner had always planned to specialize in family medicine. But while a medical student in Chicago, she fell under the spell of neurologist Harold Klawans. Klawans – one of the first neurologist to use levodopa therapy with PD patients – convinced the young doctor that Parkinson’s was an exciting area of research and practice. Says Tanner, “The idea of being able to intervene with a transformative therapy like levodopa was very attractive, so after some soul-searching, I switched my concentration from family medicine to neurology.”

As a neurology resident at Chicago’s Rush Presbyterian-St.Luke’s Medical Center in the 1980s, Tanner had the opportunity not only to care for her own PD patients but also to do clinical research. She worked on the safety and efficacy of pergolide, a new dopamine agonist, and became involved with the multi-center DATATOP clinical trial – designed to test if the MAO inhibitor selegeline was neuroprotective. This latter project enabled the young neurologist to “interact with some giants of the field like David Marsden, Stanley Fahn, and Ira Shoulson”.

At one of the DATATOP meetings, she ran into Bill Langston. Tanner was fascinated by Langston’s discovery of MPTP – the neurotoxin that struck down the frozen addicts (see the Langston profile below). She found the implications for Parkinson’s etiology particularly exciting. The MPTP story suggested that PD might be caused by factors in the environment – one of MPTP’s metabolites (MPP+), for example, turned out to have an almost identical formula to a common herbicide. Langston recalls saying to Tanner at the end of one meeting: “Why don’t you come out to the Parkinson’s Institute in Sunnyvale and we’ll solve Parkinson’s disease together.” Tanner accepted, giving up her tenured faculty position at Rush. Once established in Sunnyvale, Tanner completed a Ph.D. degree in Environmental Toxicology & Epidemiology from UC Berkeley, making her the first movement disorder specialist with advanced training in epidemiology.

Today, as Parkinson’s Institute’s Clinical Research Director, Tanner has no regrets. She’s become one of the most respected (and well liked) authorities on Parkinson’s epidemiology. She’s written two textbooks and authored or co-authored over 150 articles. In 2012, the American Academy of Neurology (AAN) awarded her the 2012 Movement Disorders Research Award. Tanner is the first woman to ever receive this prestigious award.

She spoke to me from Sunnyvale.

Jon Palfreman: Carlie, it strikes me that you look at Parkinson’s disease through three different lenses: as a clinical neurologist caring for individual patients, as a researcher carrying out clinical trials to test therapies and hypotheses, and as an epidemiologist investigating the etiology of PD in populations. Is that true?

Caroline Tanner: Yes. But all three perspectives start with the patient. Patients tell us what questions to ask. And, of course, all three activities – practice, clinical research and epidemiology – depend on accurate diagnoses.

Jon Palfreman: And the literature shows that diagnosing PD early in the disease is not so easy – there are documented error rates as high as 40%.

Jon Palfreman: So given that data will always be imperfect, how do epidemiologists go about exploring the etiology of this disease?

Caroline Tanner: Epidemiologists identify people with a disease (in this case Parkinson’s), estimating the number of new cases each year – the incidence – and the total number of cases in a population – the prevalence. Then we look to see if these numbers vary with characteristics like age, gender, geography, occupation, genetics, lifestyle and so on.

Jon Palfreman: Commonly quoted figures for PD’s incidence in the US are around 60,000 new cases each year with a prevalence of one million, but in fact, studies show quite a range, don’t they?

Caroline Tanner: Yes, published estimates vary widely depending on how the diagnoses were determined – whether by clinical records or death certificates etc. So, some estimates of prevalence, for example, are as low as 0.5 million, some as high as 1.5 million.

Jon Palfreman: Is the incidence of PD changing over time?

Caroline Tanner: We would love to know this. But we have very few long-term records. In Olmsted County in Minnesota, where the Mayo Clinic is located, good records are available dating back to the 1930s. These records suggest that the incidence of the disease has been relatively stable over the last seventy years. But it might be very different in other parts of the world. China might be a very good place to look. My first epidemiological study was done in China. At that time, prevalence of Parkinson's disease was estimated to be very low. More recent studies have shown a prevalence comparable with Europe and America. This raises questions that people in this rapidly developing society might be increasingly exposed to certain toxicants that might be associated with PD.

Jon Palfreman: But wherever you are in the world, your risk of Parkinson's disease increases with age. True?

Caroline Tanner: This is controversial. Most studies find that Parkinson’s patients die at a faster rate than healthy controls. A 2012 study by Allison Willis and Brad Racette at Washington University School of Medicine, St. Louis, Missouri, found the six-year death rate for people with Parkinson’s disease of Medicare age was almost four times higher than that in the general elderly population.

But there are some important caveats. It turns out that death rates depend on age, the presence or absence of dementia, and the pattern of symptoms. Parkinson’s patients who develop dementia die at a much higher rate than average. Parkinson’s patients without dementia have almost normal death rates. Patients with a mild form of Parkinson’s disease – which is “tremor dominant” and affecting one side more than the other at onset – live longer than patients with the more aggressive form – which presents with postural instability and gait difficulty (PIGD) affecting both sides of the body equally.

Jon Palfreman: So what’s going on?

Caroline Tanner: I have no idea…but I bet it’s cultural. It seems unlikely that the Japanese would be biologically unique.

Jon Palfreman: What about race? Are certain ethnic groups at higher risk of PD?

Caroline Tanner: There are some hints that Hispanics have higher rates of Parkinson's disease but the data are not very strong – the confidence intervals of different ethnic groups overlap – so we just don’t know the answer to this question yet. We do know that Parkinson’s disease caused by specific genetic mutations can vary tremendously across populations. For example, the G2019S mutation in the LRRK2 gene, can cause as much as 25% of Parkinson’s in Israel and parts of north Africa, but only about 2% in most U.S. clinics. But we don’t know whether Parkinson’s disease prevalence is actually higher in these countries.

Jon Palfreman: Now epidemiologists have investigated many factors that hypothetically increase or diminish the risk of PD. Everything from environmental exposure to family genetics, from anti-inflammatories to statins, from coffee and smoking to traumatic head injury. Let’s start with your interest in environmental toxicants. The MPTP story suggested that pesticides might somehow be involved in the etiology of PD.

Caroline Tanner: Yes, others and we were interested in people in certain occupations that exposed them to toxicants like paraquat and rotenone. The challenge is this: how do you measure exposure? Our methodology was to take lifelong histories of people in certain occupations asking questions like “What did you do with specific tasks? Where and when did you carry them out?” and so on. We then worked with experts in occupational medicine and industrial hygiene to turn these histories into estimates of exposure. The experts did not know which histories belonged to people with Parkinson’s disease, so their ratings were unbiased. Then we looked to see if there was any relationship between such toxicants and disease.

Jon Palfreman: What did you find?

Caroline Tanner: In the case of paraquat and rotenone we found exposed populations faced increased risks of PD – with odds ratios of about 2.5.

Jon Palfreman: You also have been studying the effect of Polychlorinated Biphenyls (PCBs), haven’t you?

Caroline Tanner: Yes, there was an interesting finding that Greenland native populations had a higher prevalence of Parkinson's disease – presumably because of their marine diet exposed them to elevated levels of PCBs. So we are studying a native population in Alaska, which we think has a similar exposure, trying to answer the same question.

Caroline Tanner: Among cases where one twin developed PD over 50, we didn’t see any concordance. But identical twins with the much rarer early onset Parkinson's disease did show high concordance. Based on such evidence, typical sporadic Parkinson’s did not seem to be primarily a genetic disease except for rare families with specific mutations.

Caroline Tanner: Dominant mutations include the alpha synuclein mutations (there are several) and the LRRK 2 mutations (which I already mentioned). LRRK stands for Leucine-rich repeat kinase 2. It’s also known as dardarin - from the Basque word "dardara" which means trembling. A number of the recessive mutations, including PARKIN, typically have an early age of onset. These Mendelian forms of PD are mostly very rare. The most common is LRRK2. It accounts for about 1.5 to 2% of Parkinson's disease cases in North American Caucasians, about 20-25% of all Ashkenazi Jewish Parkinson's disease patients, and up to 40% of cases with North African Berber Arab ancestry.

Caroline Tanner: Those are not causative. Typically, you find a very small increased risk, with odds ratios of 1.2 or so. That risk is so low most people with this type of change will not develop Parkinson’s disease. But these genetic influences are scientifically important clues because genes and environment can interact.

Jon Palfreman: You are a great proponent of the importance of gene-environment interactions.

Caroline Tanner: There used to be a debate over whether PD had a genetic or environmental cause, but in our current thinking, everybody gets to be right, because it turns out that the combination of genetics and environment is central to understanding PD etiology.

Jon Palfreman: Can you give an example of a gene-environment interaction?

Caroline Tanner: Take head trauma as a risk for PD. This is an area we are working on. By itself, concussions might be a small risk factor for PD, but when combined with a genetic predisposition – a variant in the alpha-synuclein gene that has a tiny effect in people without head injury – the risk increases 11-fold.

Caroline Tanner: The two strongest candidates are smoking and coffee. Scientists have plausible theories about why these activities (and their core ingredients like nicotine and caffeine) might be protective. But I wonder whether there might be a benefit in combining the effects of all these potentially protective factors. One way to do this might involve using a cocktail of drugs that are already approved and “repurposing” them.

Jon Palfreman: That’s an interesting idea. What else do you think is important for finding new therapies?

Caroline Tanner: Testing agents early rather than late in the disease, before too much damage has been done, that would be high on my list. Also, testing new agents on patients with clinical subtypes. We may well find that some therapies work on one clinical subtype (e.g. tremor dominant) but not another subtype.

Jon Palfreman: You started your career seeing the transformative power of L-dopa. For all its flaws, the drug is still miraculous, isn’t it?

Caroline Tanner: Some of my patients continue to get benefit after more than 20 years, suggesting the clinical course of Parkinson's disease does not have an inevitable endpoint with “nothing left”. In 1967, Hoehn and Yahr devised a scale charting the disease’s progress from mild symptoms on one side of the body (Stage I Parkinson’s) – to being wheelchair-bound or bedridden (Stage V Parkinson’s). Today, thanks to L-dopa, the clinician rarely sees, if ever, a Stage V patient. The worst patients are usually stage III to IV. Very few people make it to stage V. It's a little bit remarkable to me that the best treatment we have today is the same treatment we had before I even started in the business of neurology.